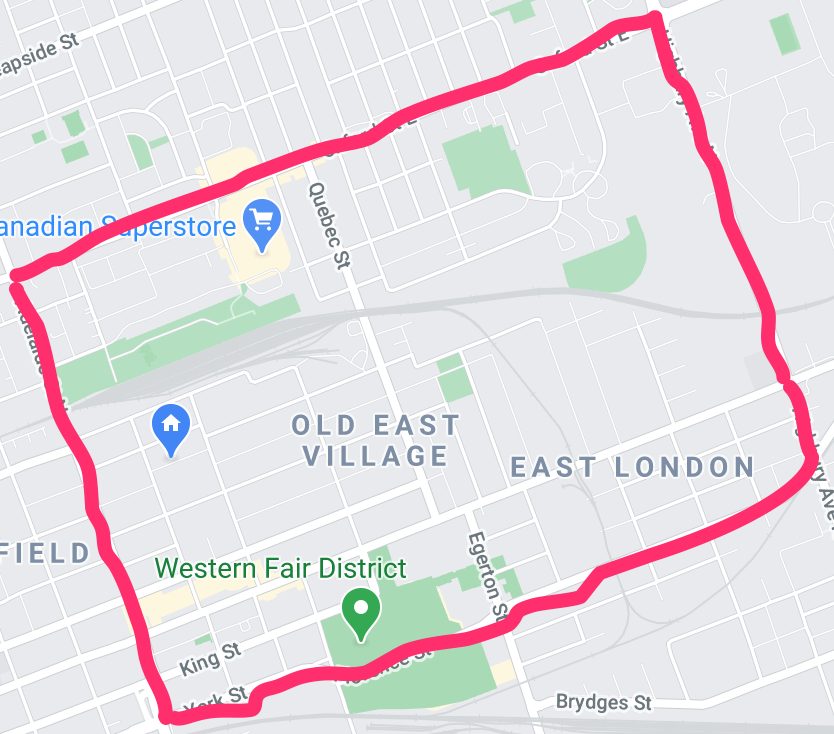 City council approved lowering the speed limit on residential streets to 40 km/hr and designating areas as Community Safety Zones, which increases the fines for speeding and allows automated speed enforcement to be used in the area.

Woodfield and Downtown were two of the first areas to be designated and have speed limits reduced, which is why you see lower speed limit signs at intersections with streets like Adelaide and Oxford.

If you would like to see the area from Adelaide St to Oxford St to Highbury to Florence/York be designated next with a 40km/hr speed limit and increased fines for speeding, please sign this petition.

The zones are likely to be extended so they connect to each other, so I expect North of Oxford St and East of Highbury to follow soon after.