Why I want to serve as your City Councillor 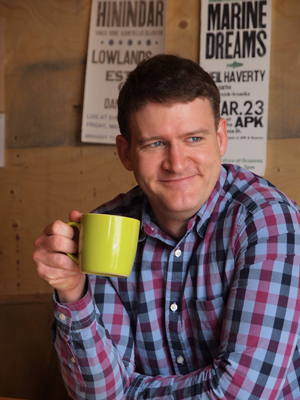 I’m running for city council to help make Ward 4 a better place for Londoners to live and work. We have some serious challenges here in the city, and we need a city council that works together effectively and is focused on getting results for Londoners.

Over the past few years, we’ve seen what happens with a divided city council. We can’t afford to delay action that we need to take now. It’s time for a change and for a new generation of Londoners to step up.

I believe that we need politicians who are willing to take some political risks to bring about real changes that will make our city better for residents.

I believe we need to be candid about the tradeoffs involved in our policy choices and that we can have "politics in full sentences," to borrow a phrase from Edmonton's Mayor, Don Iveson.

I have a few ideas about how we can make this city more fair, more prosperous and easier to get around, starting with fair taxation and ending the sprawl subsidy. Please share your ideas with me and with the other candidates.

I’ve lived all over Ontario, in small towns and big cities. I see so much potential in our ward and I want it to be, and be seen to be, one of the best places to live in the whole city.

I’m optimistic about Ward 4 because I believe in the people who live here. Some of the most creative, hard-working and entrepreneurial people in the city live in Carling, Huron Heights and East London. Working together and on their own, residents of Ward 4 are building a better city every day.

We need a councillor who will support those efforts and make sure the decisions made at city hall are good for Ward 4 as well as the whole city.

Working together, I know we can do it.

I’ve worked in government, the non-profit sector and the private sector. In March, I joined a startup, Groundforce Digital, as Vice-President, Data & Learning, working out of Hacker Studios on Dundas Street.

Through my work and volunteer experience I've helped to develop or overseen budgets ranging from several hundred thousand dollars (student newspaper) to several million dollars (at the scholarship foundation, the student union and on the Senate of the university). I have some experience asking uncomfortable questions about budgets (ask me about the time the now Governor General yelled at me in a Senate meeting).

It was through volunteering at the student newspaper that I met my wife, Adina, who grew up in London and attended Knollwood Park, Lorne Ave and Central and has been working as a casual postal clerk at Canada Post for the past three-and-a-half years. After living in Kitchener-Waterloo, Kingston and Toronto, we moved to London six years ago to be closer to Adina’s side of the family. We didn’t have a car, so we rented an apartment on Proudfoot Lane to be close to a grocery store and bus routes while staying within cycling distance of the train station. I kept working a couple of days a week in Toronto, so I’ve taken a lot of trips on Via Rail. We bought our first house four-and-a-half years ago in Huron Heights.